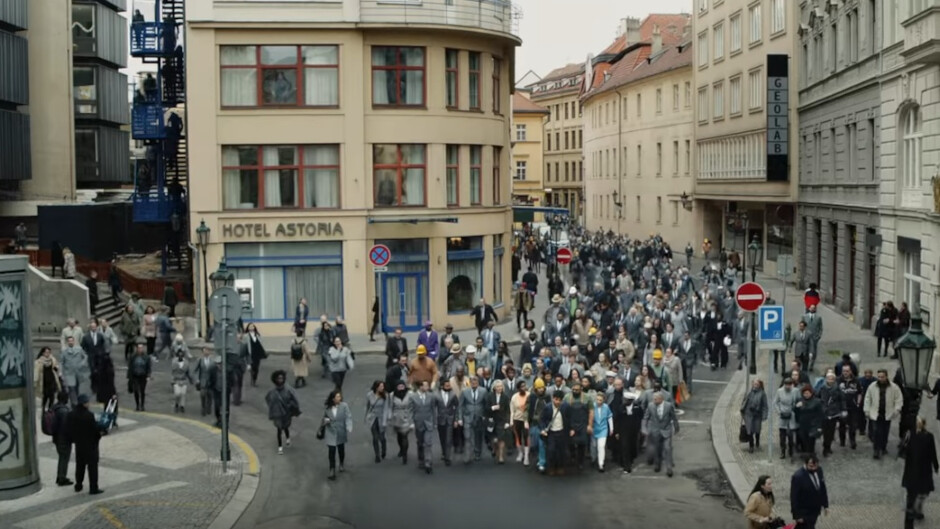 Apple today released its latest television commercial positioning iOS (and therefore the iPhone) as the industry’s privacy officer. It also provides a good visual representation of the capabilities of the recently introduced ATT (App Tracking Transparency) feature. ATT is included in the recently released iOS 14.5 update and allows users to sign up for tracking by third-party apps over the internet and apps, or to turn tracking off.
Those who give tracking permission can look forward to ads on recently searched items or discounts at stores near the user. The latest data from Flurry shows that by May 16, only 15% of iOS users worldwide have chosen to opt for tracking, while in the US that figure is 6%.

With Apple’s new ad, users get a visual representation of how ATT is supposed to work

Apple’s new ad begins in a coffee shop where a young man named Felix is ​​picking up the coffee he has ordered. He gets into a ride with the barista right next to him and when the driver asks about Felix’s birthday, the barista gives it to him. This is meant to illustrate how a person’s personal information can be shared when tracked by third-party apps.
The ride with Felix and the barista is followed by invisible people who represent the trackers who keep an eye on your location data without your knowledge. The three of them go to a financial institution together, where a document is presented to Felix showing what he spent last month. But before he can look at it, strangers behind him are reaching for the data.

A large crowd soon follows Felix as he enters a pharmacy. The crowd has grown exponentially as the whole gang walks down the street and into Felix’s house where there is no more room to move. But there is a solution.

Felix picks up his iPhone and sees the ATT function for an app called “Pal About”. He renounces the chase by pressing the “Don’t Track App” option and anyone who became Felix’s unwanted entourage disappears. The message posted by Apple said, “Choose who tracks your information. And who doesn’t.”

The slogan? “Privacy. This is iPhone.” The point, of course, is that if you don’t allow third-party apps to track you on iPhone, your personal data and your every move will not be available to anyone else.

While Felix didn’t want to be tracked, the few who don’t mind seem to prefer the convenience of having ads and discounts pop up on their screen. Does this outweigh the sharing of your personal information? Most would say no, but it is a personal choice for you to make.

The new TV commercial weighs 60 seconds, although an edited 30-second version may also be made. The ATT is the feature that annoyed Facebook and its CEO, Mark Zuckerberg, who feared that small businesses could be hurt by a large number of users who choose not to use tracking. But Facebook isn’t neutral here and has a lot of skin in this game thanks to the roughly $ 84 billion ad revenue it made last year.

Last year, Apple added App Privacy Labels to new apps and existing apps that were updated. App privacy is located in the “Ratings and Ratings” section of an app list in the App Store and shows you what data a particular app may collect that could be linked to your identity, what data was collected that was not linked to you and what data has been collected can be used to track you across third-party apps and websites. Of course, if you turn off third-party tracking, that last piece of information shouldn’t matter.