In addition to many news about upcoming products at his virtual Computex 2021 keynote, AMD CEO Dr. Lisa Su also has two rumors of partnerships with Samsung and Tesla that have been circulating for some time. AMD’s RDNA 2 graphics architecture will be used in Samsung’s next flagship Exynos SoC, and its Ryzen APUs as well as Radeon GPUs will power the infotainment systems of the next Tesla Model S and Model X revisions. No detailed details were released on either partnership as the respective companies will be making their own product announcements shortly.

Samsung and AMD announced a partnership in June 2019 in which Korean giant would license AMD’s Radeon graphics IP for future Exynos processors to Samsung. Just a few months later, Samsung said that the first Exynos SoC with Radeon graphics could be released as early as 2021, and it seems that the partnership is more or less on the right track.

On the stage of the Computex 2021 virtual keynote, Su announced that Samsung’s next flagship processor for Exynos smartphones will have a custom Radeon RDNA 2-based graphics IP and will support ray tracing and variable rate shading. Samsung will talk more about the processor later this year. When it comes to flagship phones, Samsung often uses a mix of its own Exynos SoCs and other options like Qualcomm’s Snapdragon chips for the same model in different parts of the world, so it will be interesting to see which models get the high-end integrated graphics functions.

It is also possible that the upcoming Exynos SoC will be used for products other than smartphones. While tablets would be the obvious other market, it has been rumored that Samsung intends to launch laptops with Windows on Arm. It could thus compete with Apple, which has begun converting to in-house ARM-based processors with its own graphics IP. 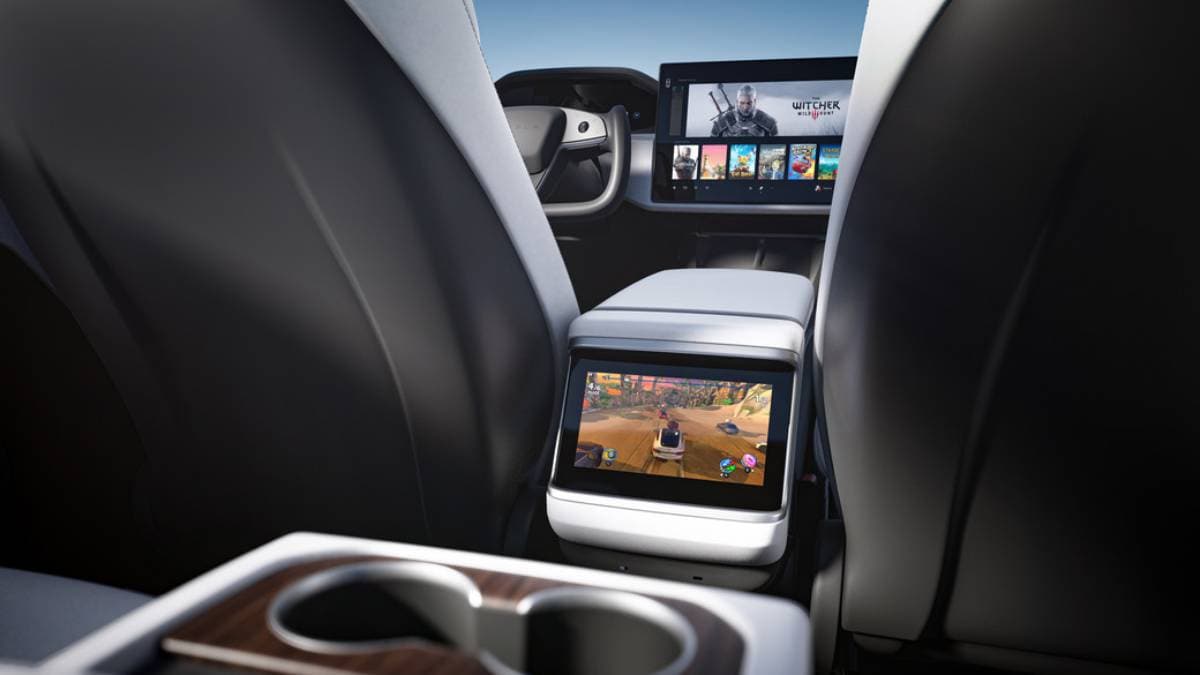 The partnership with Tesla has also been rumored since the American electric car maker announced its redesigned Model S and Model X earlier this year, which offer enough graphic horsepower for high-end in-car gaming. An embedded Ryzen APU powers the infotainment system in the dashboard of Tesla’s new luxury cars, and an additional discrete RDNA 2-based GPU enables users to run AAA games.

Both models have large touchscreens on the dashboard as well as screens for the rear passengers, and Tesla has stated that compatibility with wireless controllers allows gaming from any seat. A mockup image shows the cover of The Witcher 3: Wild Hunt and Tesla CEO Elon Musk tweeted at the time when Cyberpunk 2077 can also run on the system. It is not yet clear which game developers will support this new platform or which software the platform will run on.

Su noted during her keynote that the GPU can deliver up to 10 teraflops of graphics throughput, which is roughly on par with the PlayStation 5but did not announce any specifications. AMD already has a robust ecosystem of partners using its graphics IP, particularly both Sony and Microsoft for past and current generations of their PlayStation and Xbox game consoles.